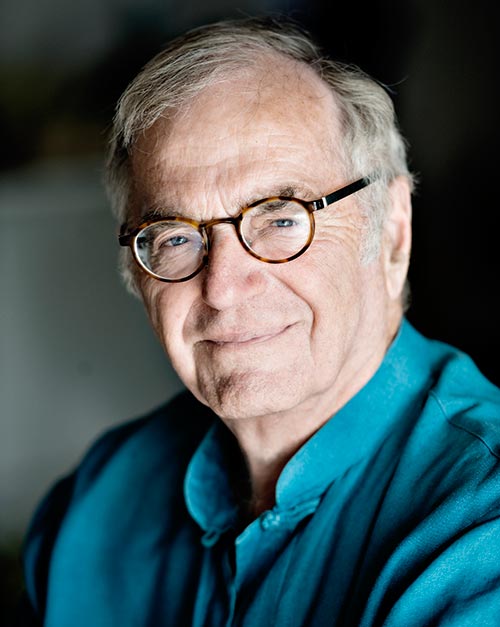 J.T. Ross Jackson was born in Canada in 1938, and came to Denmark in 1964 immediately after completing his Ph.D. studies in Operations Research at Case Western University, USA. Operations Research is a branch of economics that focuses on problem solving in the broadest sense. His Ph.D. thesis was one of the first to look at the investment potential of stock options and hedge funds, many years before they became popular in the mainstream. His intention was to stay in Europe for a couple of years with IBM to get some international experience. Destiny would otherwise, as he soon met Hildur, and they have been together ever since. They have three sons, Rolf (1968), Thor (1969) and Frej (1979).

Ross was a pioneer in introducing the more advanced uses of Information Technology to the Danish business community. He founded his own consulting firm in 1966 with American colleague, and later professor at the Danish Business School, Dr. Peter Pruzan, also an O.R. graduate from Case Western University. One of the lasting results of those early years was their decision in 1970 to found SimCorp, which is now a leading Danish software company listed on the Copenhagen Stock Exchange.

After consulting in a wide variety of industries, including shipping, banking, transportation, publishing, manufacturing, insurance, tobacco, pension funds, slaughterhouses and dairies, Ross decided to specialize in the area of international finance. He subsequently worked internationally with banks, pension funds, insurance companies, mutual funds and stockbrokers on their investment strategies. This lead him to carry out research on the growing foreign exchange market in the early 1980s, and lead to the development of his optimal investment strategies in the currency market, based on original research using a very mathematical, portfolio approach.

After testing his theories successfully with actual currency trading from 1984-1986, Ross saw the tremendous earnings potential of his methods, and decided to give the rights to use them exclusively to the newly founded Gaia Trust in 1987. In 1988, Ross formed the first currrency hedge fund trading exclusively in interbank (non exchange-listed) currencies.This project was very succesfull and provided the financial basis for Gaia Trust’s charitable activities.

In later years, Ross’ early interest in the environment, spirituality and writing began to take on a more central role. He wrote a book on his spiritual awakening, worldwide travels, and personal investigations of various spiritual traditions in ‘Kali Yuga Odyssey: A Spiritual Journey‘. He also wrote an autobiographical account of his years in Denmark on how and why he transformed himself from a businessman on the fast track to a promoter of the ecovillage movement as a strategy of transformation of society – ‘And We ARE Doing It: Building an Ecovillage Future‘.

Besides his continuing role as chair of Gaia Trust and member of the International Advisory Council for the Global Ecovillage Network, he was also the major shareholder in Scandinavia’s leading organic foods wholesaler (Urtekram). Ross is also a founding board member of Gaia Education, which has developed a UNITAR-approved 4-week education in Ecovillage Design, now been offered at ecovillages  and teaching centers around the world and in an on-line version with the Open University of Catalonia.

Ross has also written a “documented historical novel” about the controversial and little known story of philosopher Sir Francis Bacon as the son of Queen Elizabeth and author of the Shakespeare works entitled ‘Shaker of the Speare: the Francis bacon Story‘. A second volume, entitled ‘The Companion to Shaker of the Speare‘, documents the storyline with historical facts, arguments and references.

Ross’ most recent and widely praised book is ‘Occupy World Street: A Global Roadmap for Radical Economic and Political Reform‘. The book explains in a captivating narrative style why and how we must break away from the dominant neo-liberal economic system, which is systematically destroying both the environment and local communities across the world, while creating unacceptable and politically explosive inequities among world citizens. He puts forward concrete proposals for how we can establish an alternative economic system and new international institutions, putting to rest forever the claim that There Is No Alternative.

Thye book’s website, OccupyWorldStreet.org offers a wide range of excerpts, reviews, endorsements, TV and radio interviews, blogs and videos and is a focal point for all interested persons to contribute to and follow Ross’ proposed establishment of a revolutionary “Gaian League”—a comprehensive and concrete alternative to the current exploitative and collapsing world order. The most recent addition to the website is Ross’s own country-style song, written, composed and recorded based on the same theme as the book—along with a music video on YouTube— called Occupy World Street:the song.

Excerpts from Ross’ other books and articles are available on RossJackson.org 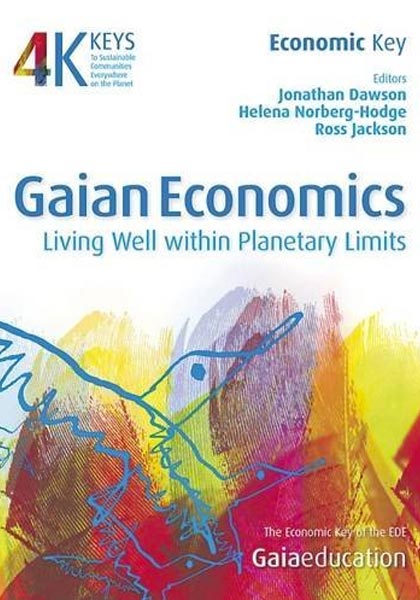 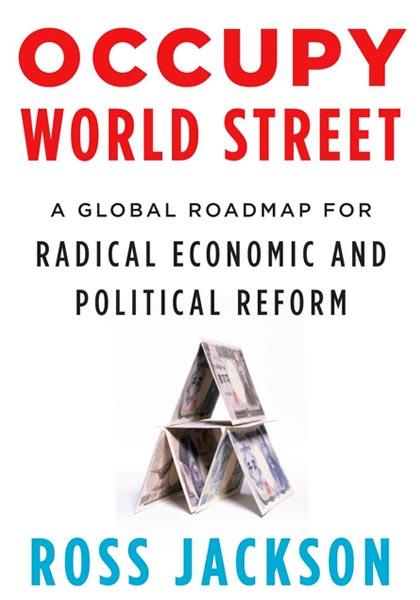 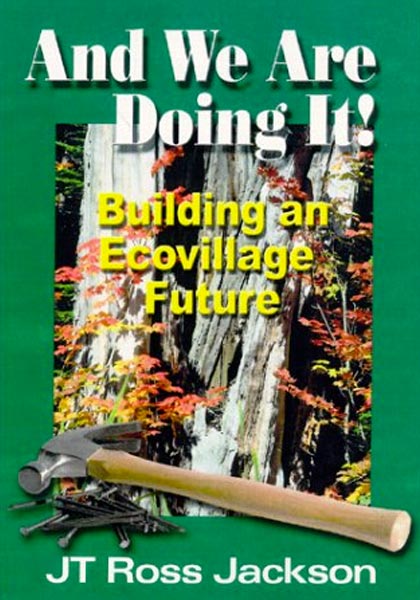 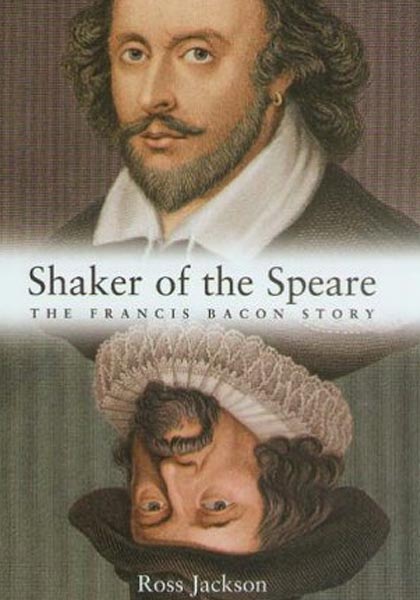 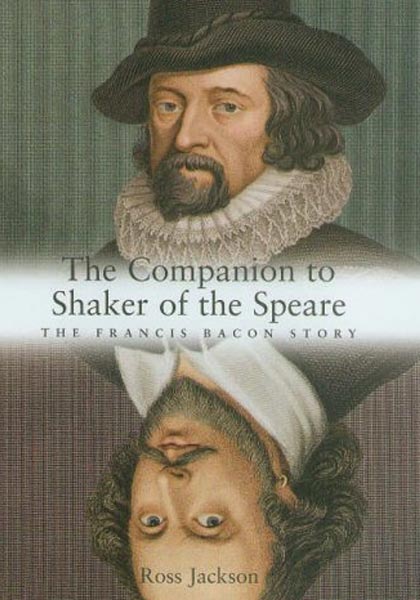 The Companion to Shaker of the Speare
Ross Jackson, (The Book Guild, UK, 2005). 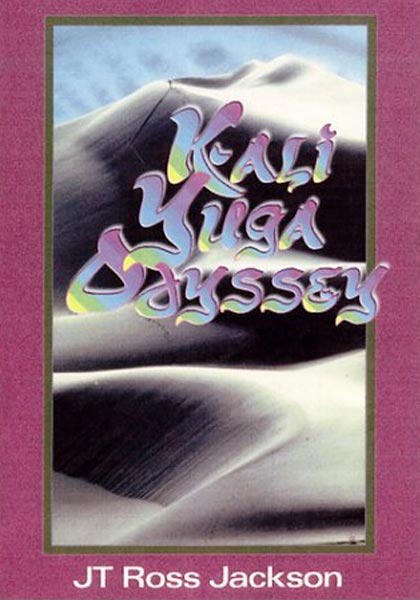 Global Economics — There IS an Alternative
Paper presented at the Danish Social Forum, February 2006
By Ross Jackson

There is an alternative
Paper on globalization presented at the conference “New Wave – Vision of the Youth” in Dubrovnik, Croatia, August 2003
By Ross Jackson